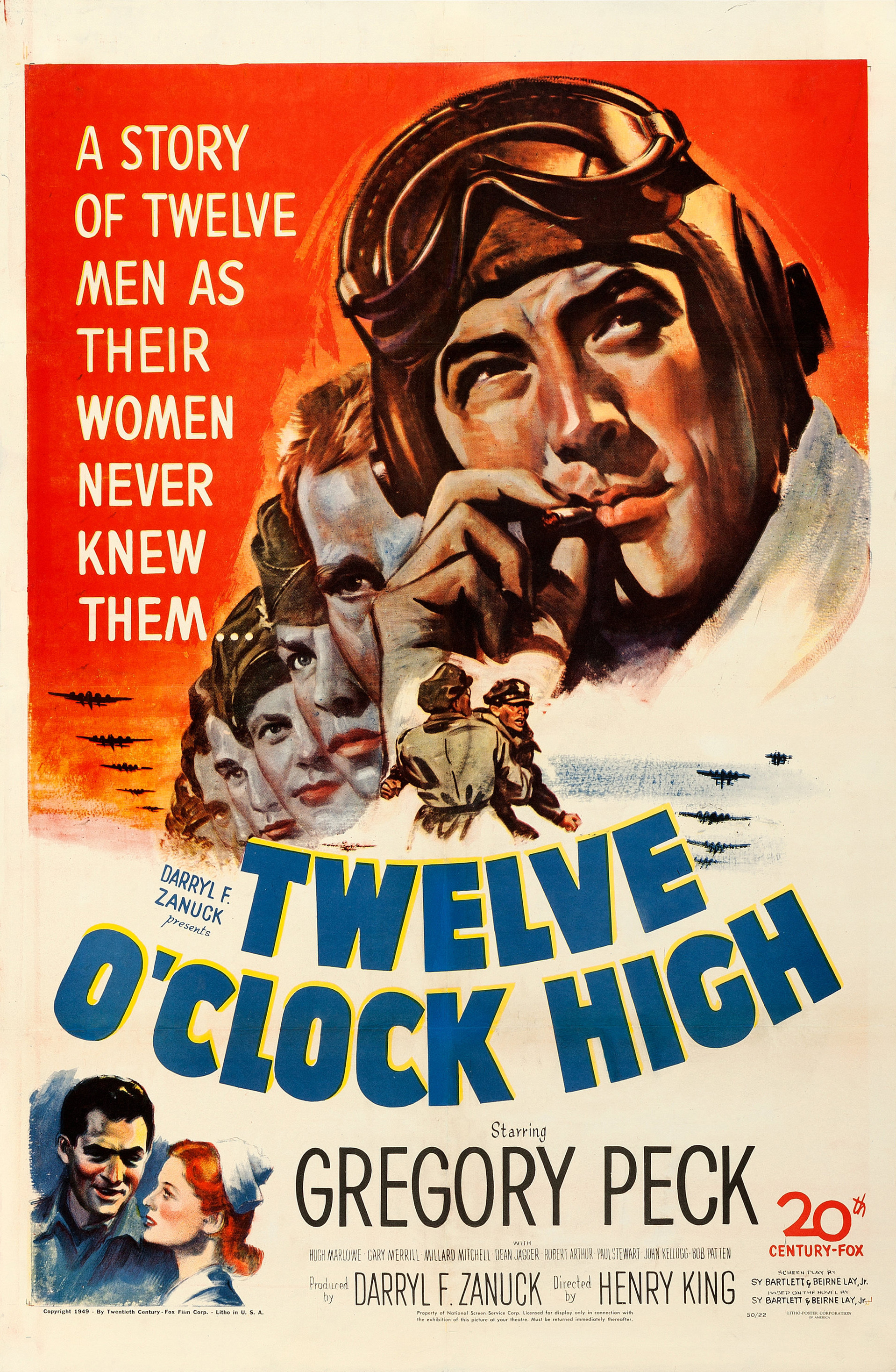 I recently watched an old movie one early Saturday morning and instantly saw parallels to management and leadership. The name of the movie was 12 O’clock High with Gregory Peck (1949). You’ve just got to see this movie! It’s a war flick and I just love war movies. Not that I’m a fan of war but I love to see how the military exhibits leadership and leadership is my favorite topic. To me this movie signifies “the battle” we’re fighting today. The market is tough, and the competition is fierce. We’re in combat for new business. Some of us are winning and some of us are losing. In any case, this is a great story of how to overcome, succeed and claim victory!

Here’s a brief rundown on the movie: The movie is about a division of bomber pilots and their commanding officer that is well known and respected throughout the Army Air Corp. His pilots are extremely loyal to him. He listens to them, recognizes their needs, makes exceptions, and gives them perks, like letting them slide on some of the rules and regulations of the Army. His thought was that these guys are fighting a war and may never make it back home. Sounds okay, doesn’t it? What a nice guy – after all times are tough…

Now from the Brigadier General’s point of view, they’re unsuccessful in every one of their missions. The truth is, they are the worst division. The General was baffled as to how a man that demonstrated such leadership skills and created that kind of loyalty among his men could be so unsuccessful. He thought it must be a stroke of bad luck – right? Sound familiar? So, the General meets with Gregory Peck who is the General over the commanding officer and after much discussion it’s decided to bring the CO of the division in for a meeting with Savage (Peck’s character). He quickly determines the problem, and this is what he reports back to the General. The CO has become “one of his men” and therefore he’s lost sight of his mission. He’s so sympathetic to his men that he now echoes all of their complaints and fears. He’s let compassion destroy his effectiveness. He “shared their pain” but he did not fill his men with confidence that someone was in charge. They questioned the Army and the war, they wanted to know why they’re fighting and some of them don’t even think they should be fighting.

So, what did they do? They pulled the CO from his command and in came Gregory Peck (General Savage). This is where it got REAL interesting. The reason why is how many times have you had a branch/office/department that from the outside all appeared well, but the results were just not there? Many times, most problems stem from management. And, if this is your problem well, here’s a perfect example of how to conquer that problem.

This is the way General Savage (Gregory Peck) went about changing the division.

After a short time, they started to achieve small victories and morale started to increase. The men realized that what he was doing was making them successful. Once he noticed an improvement, he gave certain privileges back and recognized them for their victories. He continued to hold his ground though and earned their loyalty out of respect and their success.

I think so many times that as managers we get caught up in the game of wanting everyone to like us, which makes us go about creating a team in the wrong way. It’s okay to listen to your staff and be available for them – just keep in mind that YOU are their leader and don’t join them! Keep them steady to the course. As a leader you can never forget the assignment or your mission, keeping it first and above all else. I’ve said before that companies are not a community service, they’re in business to make a profit. And making a profit is your mission. If you don’t what happens is you’ve got the inmates running the prison, so to speak!

Throughout the movie the question is asked, “what is the maximum effort a man can make in combat?” I won’t answer that question, but I do know that holding people accountable is your obligation. For the team to be successful everyone must execute their job to perfection and the only way to do this is through training and practice – daily! The minute you start to slack off – so will they! When they don’t hit their goals you gotta ask – why? Is it a training or effort issue? Inspect what you expect because if you’re not inspecting (on a consistent basis) then you shouldn’t be expecting anything either.

Keeping your systems in place is crucial! Because systems are predetermined ways of achieving results. If you know what it takes to get a result, why are you listening to your staff try to tell you something different? Better yet, why would you let them change the system when you know from experience what works? Now, in the same breath, if they can prove they can get the results you want – well, that might be a different story.

And it’s okay to reward your team but reward them for their results. Don’t reward mediocre performance and don’t give out extras just because they showed up, just did their job or you feel sorry for them. By doing this you foster a false sense of success and I use that term loosely because it’s not success, it’s your approval for mediocre results. Reward those that go above and beyond the expected performance levels.

I’m not going to tell you how the movie ends because it may… well, alarm you. You’ll just have to see it for yourself and I’m grinning as I write this. You want to know why don’t you? Well, watch the movie!

To sum this up building a good team takes time, patience, and courage. Why courage? Because it’s at the risk of someone not liking you. A cliché that came from this movie went something like this; “I’m not here to win a popularity contest”.

On a side note:  This movie is the perfect example of a class we teach at the Chamber, Situational Leadership in fact, I have used the movie in conjunction with the course.  Interested?  Let me know!