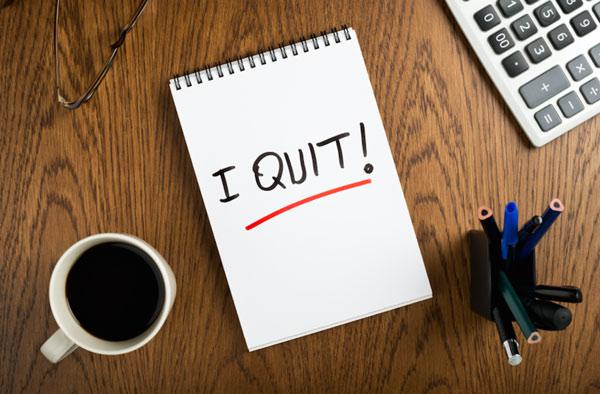 The US Department of Labor reported a record 4 million people quit their jobs in April 2021 (reported by NPR).  Usually, this would mean a great economy with plenty of jobs to choose from but that is not the case.  So, what is the case?

There is more than one explanation to the change of the hearts and minds of US workers.  As I mentioned in Take 2 of Employee Wellness, people really value their time more than ever and one of the biggest influences has been remote work.  That long commute is just not acceptable anymore.  People are realizing they can have a much better work-life balance and still be productive (maybe more productive) than they were in the office.  They no longer start their day stressed about the traffic or the price of gas, they start their day with morning yoga or a run.

One family realized the biggest bang for their buck was saving on childcare.  According to a recent Marketwatch analysis, the average cost of childcare for a 4-year-old in Texas is around $7000 annually. But for an infant, childcare costs more than in-state tuition at a public college.  In many states, it is $2,500 a month for full-time childcare five days a week.  Remember in the “Take 2” article, the little pay raise of $4000-$7000 a year on fuel from not commuting, BONUS!  You could potentially double your pay raise. Through this pandemic and in our current state people have changed, work has changed, school has changed and the way we think about our time has changed.

The flip side of this is “around 7.6 million Americans say the main reason they’re still unemployed is because they are caring for children not in school or daycare” (U.S. Census Bureau).  This has also given parents a glimpse of different job opportunities.  Since the pandemic Americans started 4.4 million businesses last year, a 24% increase from 2019 and the biggest increase on record.  Of these start-ups, the Census Bureau speculates ‘likely to hire’ also rose 15.5 percent.  This means even if a small percentage of these businesses thrive, it could bolster employment and productivity in the coming years.

Economists have called this “The Great Resignation” because more than  41% of workers are quitting or changing professions to pursue their dream job, become a stay-at-home parent or they shifted their priorities.

But, the biggest decision came from how employers treated them-or didn’t treat them- during the pandemic.

What does this mean for employee wellbeing?

People have had more time to think about what they really want.

People expect more from the companies they work for.

The problem isn’t that the labor force is short, the problem is people just don’t want to do “it” anymore.